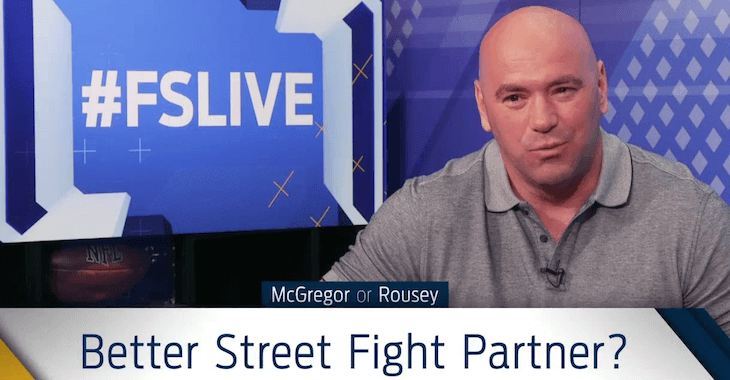 With the exit of stars like Georges St. Pierre and suspensions of Jon Jones and Anderson Silva, fans and critics were wondering if the UFC would ever be able to build another star of their caliber.

Ronda Rousey has not only matched their level of fame, but has surpassed them and Conor McGregor isn’t too far behind! They have made their company a lot of money (and in turn, a lot of money themselves) but when the UFC President is forced to choose between one or the other, the choice isn’t ALWAYS easy. Check out this clip below!