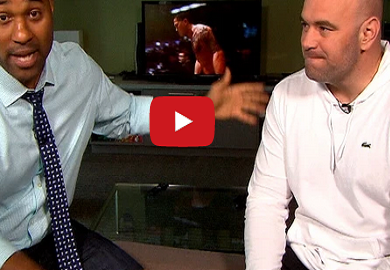 UFC President Dana White spoke to Cabbie Richards about other fighters he would like to see in the EA Sports UFC video game including Chuck Norris and The Rock. Cabbie then goes on to ask Dana White about the first time he set up a fight, and then challenged Dana to a fight on EA Sports UFC. Check it out.