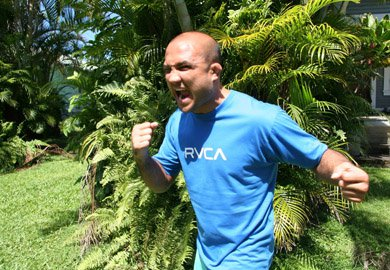 Former UFC lightweight and welterweight champion, BJ ‘The Prodigy’ Penn has embarked on a new journey in his already storied career.

Not only will the former champion be coaching ‘The Ultimate Fighter’ reality series for the second time, but as confirmed by UFC officials, he will also be moving down two-divisions to face off with Frankie Edgar next April.

For Penn, shifting divisions is just part of his legacy. Many point to the heavyweight matchup against Lyoto Machida where he fought to a split-decision defeat, others remember his stint at middleweight where he man-handled Rodrigo and Renzo Gracie.

Still, four divisions is apparently not enough for the Hawaiian born Penn, who will now not only test his might in a fifth weightclass but also take on a top contender and former title challenger in the division.

Now in a weightclass that he is probably best suited, the UFC boss thinks Penn may be the first fighter in history to capture three-division titles.

“BJ Penn is moving down to 145 pounds to coach The Ultimate Fighter against Frankie Edgar. BJ really hates the fact that he lost to Frankie Edgar. It’s something that’s been burning deep inside of him for three years now. So he’s moving down to 145 pounds to not only avenge those defeats, but to try and become the first fighter in UFC history to win titles in three different weight classes.”