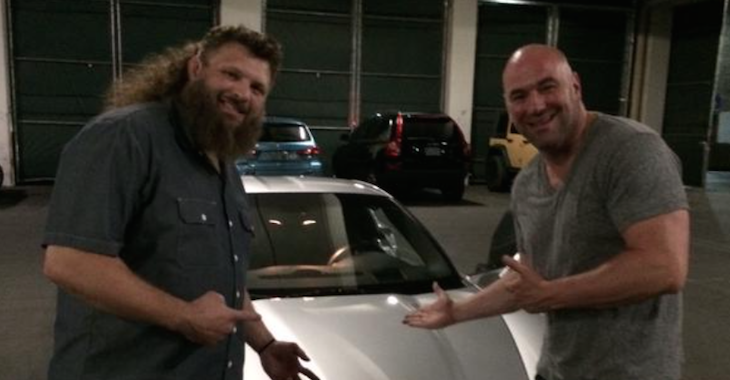 UFC president Dana White took to social media and shared a picture of the two of them posing with Nelson’s Corvette.

It’s a pretty sweet ride, check it out below!

Just bumped into @roynelsonufc and his new @corvette he always had power and now he has SPEED!! pic.twitter.com/o1g50U7N3X