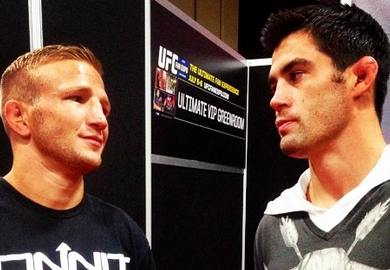 Earlier tonight at UFC 178, former UFC bantamweight champion Dominick Cruz made his return to the UFC where he defeated Takeya Mizugaki in just 61 seconds.

After the bout, many fans called for Cruz to fight the current UFC bantamweight champion TJ Dillashaw.

During the post-fight press conference, UFC President Dana White confirmed that TJ Dillashaw was next for Cruz, however there is no targeted date for the bout.