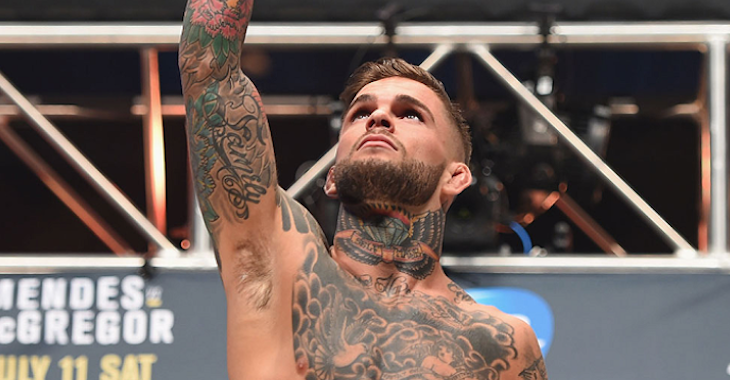 Well if you’re UFC bantamweight Bryan Caraway, this probably won’t make you feel very good. Caraway’s been called out a bunch recently, mostly for not accepting fights, or turning them down. From Aljamain Sterling to Urijah Faber, there’s been a lot of shots thrown at the fighter who many know as Miesha Tate’s significant other.

That’s not completely out of the ordinary, having other fighters taking shots at you, or saying that you were trying to duck them. But, it is a little strange when your boss and president of the UFC seems to say the same thing.

Fans love to play matchmaker, and why not, it’s fun. But let’s be honest, Dana White and the UFC probably aren’t scrolling through twitter looking for your dream fights to put together. Which is exactly what his fan below thought. She responded to another fan’s matchup by saying that White will just ignore it like he does all the fights that fans ask for. The fight in question? A scrap between Caraway and Team Alpha Male’s Cody Garbrandt.

However, guess who responded? Yup, Mr. White himself. The UFC boss said in the tweet that he doesn’t ignore and that Caraway probably wouldn’t accept the fight…..ouch.

Man, it’s got to be rough having your own boss basically say that he knows you won’t take a fight.

Well, we know that Garbrandt is down to scrap.

Would you guys be interested in this fight, and what do you make of White’s comments about Caraway?