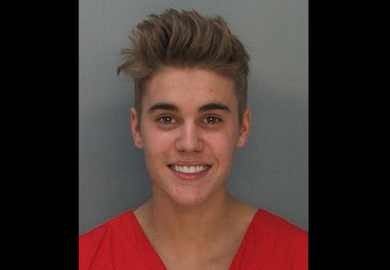 Earlier today I was browsing CNN and noticed a Justin Bieber headline in my feed, I checked my social media and Bieber was there too. It was a strange day in that regard.

Apparently, ‘The Bieb’, got arrested for DUI while drag racing his Lamborghini in Miami. He cussed out some cops,”I ain’t got no f—ing weapons,” “Why do you have to search me?” “What the f— is this about?” and “What the f— are you doing?”

… And they arrested him.

I guess this is big news right? I mean, I found it on CNN so, uhm, ya!

At any rate, the UFC boss thought it was a decent enough topic to give his take on it while on FOX Sports:

“Not to defend him, but how much money does that kid have? A zillion? Imagine if you had a zillion dollars when you were 19. I’d be dead already.”

“It’s got to be hard to keep it together,” White said. “Especially if you don’t have the right people around you, too. I don’t know any of his people or what he’s got going on, but I can imagine. I know what I was like when I was 19 and I was broke. Flat broke. If there were cameras and videos and social media and all that stuff, it’s tough to be those guys.”