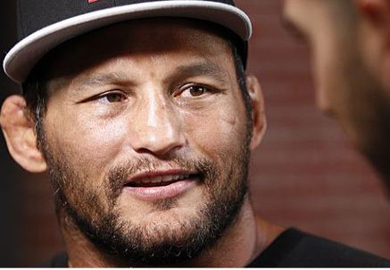 “Yeah I’d consider [a drop to middleweight]. I mean I don’t feel weak or overpowered at 205, but yeah I would consider it, I weighed in at 204 today and didn’t miss a meal… I got a couple trips planned with my kids this summer. I would at least like to have the summer this year and then get back in there before the end of the year.”

One of MMA’s biggest and most dominant champions, Dan Henderson, was pushed out of the title picture by Rashad Evans this past weekend at UFC 161.

“Hendo” has had a long and storied career, but at the age of 42-years old his dreams of capturing UFC gold seem far off.

When asked at Saturday’s press conference if a drop back down to the UFC’s middleweight division was in his future, he said yes.