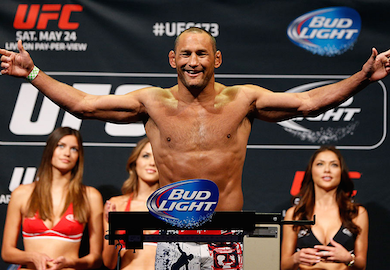 UFC Legend Dan Henderson is reportedly dropping back down to the middleweight division according to his coach Daniel Woirin who spoke to MMAFighting.com earlier today.

Henderson, who is coming off a brutal loss to top ranked light heavyweight Daniel Cormier is supposedly targeting a year end fight, and most definitely “would like (to fight) by the end of the year.”

After losing to Cormier many talked about the possibility of Henderson retiring from the sport given the fact that he is approaching his 44th birthday later this year, however in his post fight interview, Henderson said he had no plans for retiring in the immediate future.