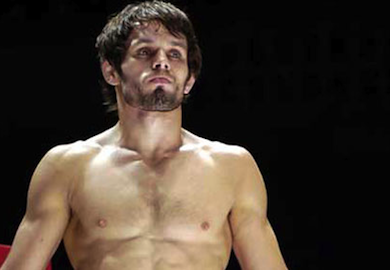 After the win, Rodrigo was rewarded with a new 3-fight contract from the UFC. With the good news, Rodrigo now plans to focus his energy on getting his older sister Carina in the UFC, as he told Guilherme Cruz of MMAFighting.com:

“No doubt, I feel way more comfortable now,” Damm said of getting his new contract. “My biggest dream is see my sister fight in the UFC. She’s responsible for getting me in the fighting world, she’s the reason why I kept fighting in the first place.

“When my parents split, she kept me focused in fighting. She paid for my food, clothes and travel. When I became a world champion in jiu-jitsu, she paid for my flight to get there. I will do everything I can to help her get in the UFC. I love her.”

Carina Damm (21-10 MMA) is currently riding a 3-fight win streak. With a couple more wins, Carina and Rodrigo could become the first brother and sister duo in UFC history.