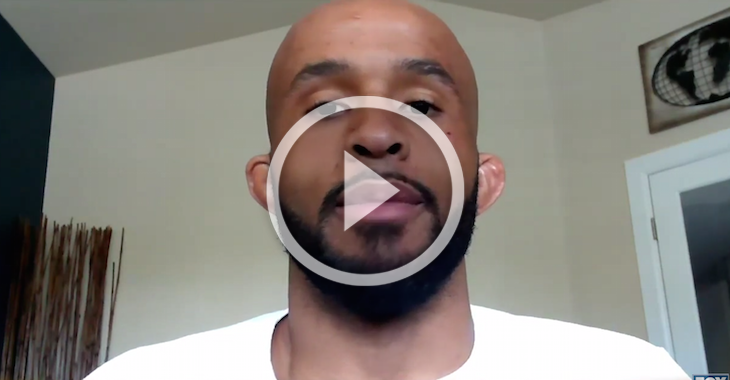 Demetrious Johnson talks about his next fight with Kyoji Horiguchi, a possible superfight with T.J. Dillashaw and more.

Demetrious Johnson on his upcoming title fight against Kyoji Horiguchi: “He’s a great fighter. He uses a lot of movement and space between him and his opponent, and he covers distance fast. I need to put my hands on him get him in the clinch, take him down, try to knock him out or submit him.”

Johnson on Henry Cejudo’s performance at UFC 185: “He looked good against a tough opponent. I saw a couple of holes in his game. This is his first fight at flyweight. There are many different roads to the title. Will he take the tougher road against Joseph Benavidez and John Dodson? Probably not.”

Johnson on a super fight against TJ Dillashaw: “That’s the word on the street. Everyone wants to see that fight. I’m focused on Horiguchi. If Dana White wants that fight, I’ve mentioned the magic number and we’ll go from there.”