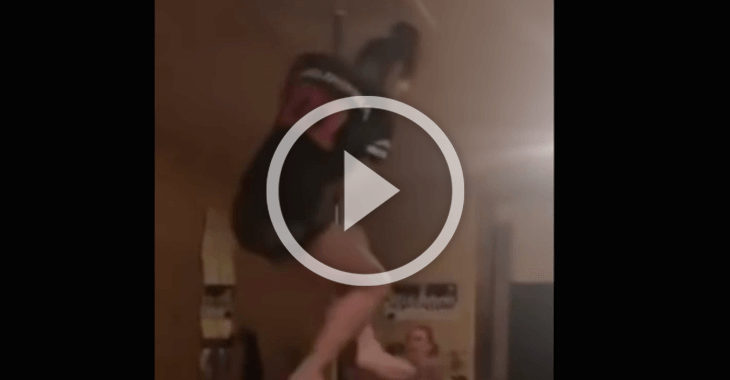 Invcita FC featherweight champion Cris Cyborg is supposedly making the drop to 140 pounds for her next fight in the organization. That would be the first step towards an eventually attempt to make 135 pounds.

Right now that looks like it will be the only way she’ll ever get a shot at UFC bantamweight champion Ronda Rousey. The thought is that she will have to fight at least once at bantamweight in Invicta before getting a shot in the UFC’s bantamweight division.

Cyborg’s been posting pics and videos on social media showing her dancing and doing other types of cardio in order to drop the weight. One of her new workout methods? Pole dancing.

Yup, check it out!