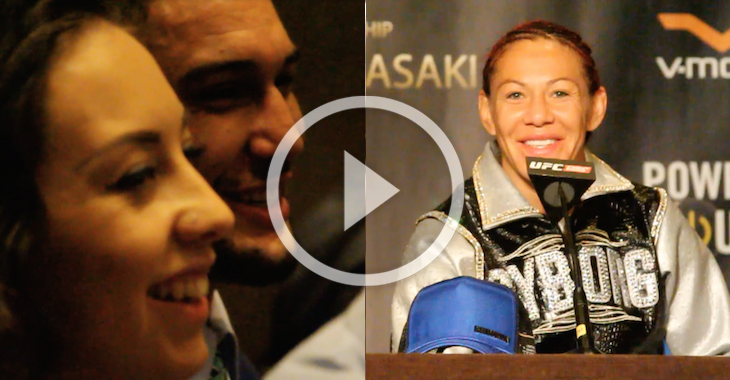 Everyone is ready for the Cyborg vs. Rousey showdown, but Cris still isn’t ready to commit to the UFC’s 135 pound weight class.

While talking about those issues, a reporter in the audience decided to flirt, catching the Invicta FC champ off guard.

– Shot by BJPENN.COM’s Layzie The Savage.