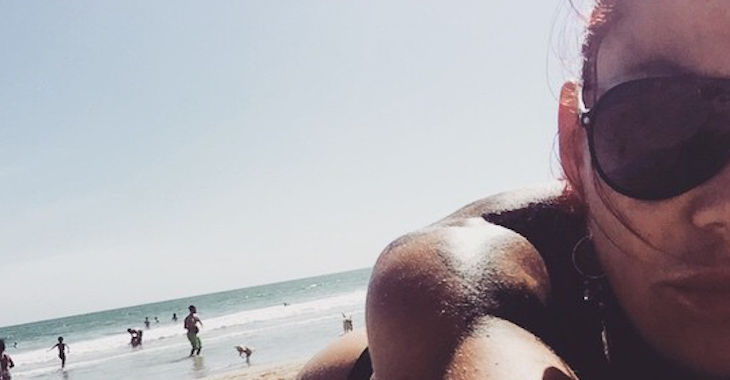 Cristiane “Cyborg” Justino is set to defend her Invicta FC Featherweight Championship against Faith Van Duin on July 10 at “Invicta FC 13”. She won the championship when she defeated Marloes Coenen, and went on to successfully defend the title once against Charmaine Tweet.

“Cyborg” has since signed with the UFC and one has to ask whether she will be making the transition to bantamweight once she steps into the octagon.

“Cyborg” took a break from her training to hit the beach and she is looking good! Check out the pictures below!