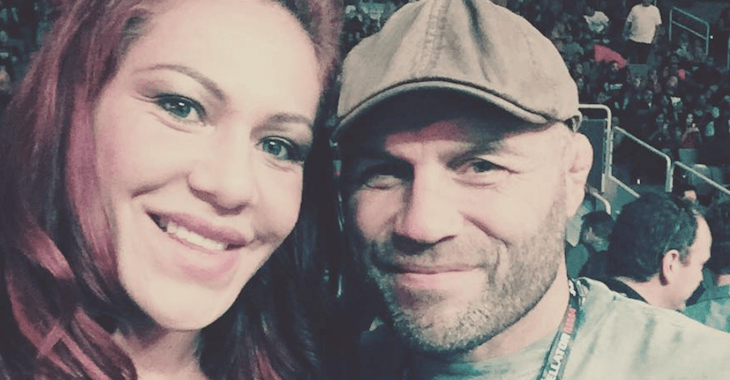 Is it the camera angle, or is the floor uneven, or is Cris Cyborg actually that much bigger than former UFC heavyweight (yes, heavyweight) and light heavyweight champion Randy Couture?

The former two-division champ, Couture, was in attendance at last Saturday’s Bellator ‘Dynamite’ event and prior to that, the Fan Fest.

So you know what that means, plenty of photo ops!

Invicta FC featherweight champion Cris Cyborg also joined the fun and made sure to grab a few pictures with MMA royalty.

In this picture we see her standing next to Couture and man, from the looks of the picture she’s standing taller than him!

Do you think it’s a case of angles, or is Cyborg just that big?