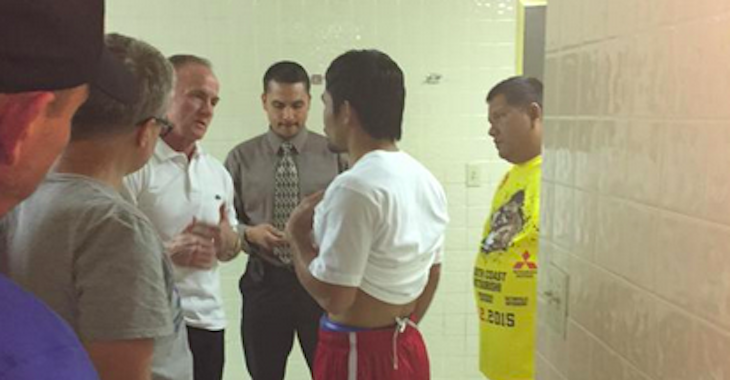 Floyd Mayweather wants to make sure there are absolutely no variables coming in to play when he faces Manny Pacquiao on Saturday evening. Mayweather’s latest request is an odd one, but the explanation should clear things up.

Mayweather requested that the Nevada State Athletic Commission inspect “Pac-Man’s” cup. “Money’s” concern is that the cup would sit too high and protect Manny from the impact of body shots.