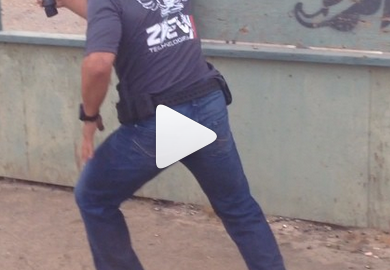 UFC middleweight Cung Le is a few weeks removed from his UFC Macau fight against Michael Bisping, a fight that saw him get decimated for nearly 5 rounds before being stopped by Michael Bisping.

Le is enjoying some time off and practicing his marksman skills with his custom pistol.