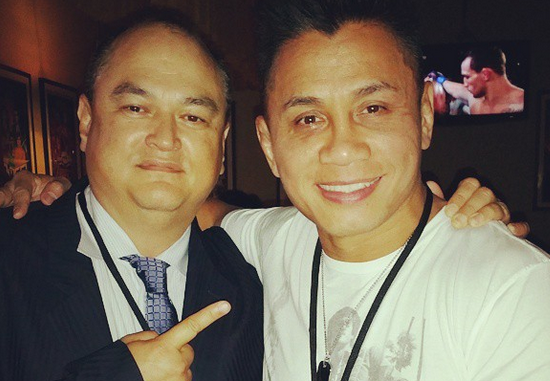 Cung Le and Scott Coker go way back. Le fought his first professional bout under the Strikeforce banner, which Coker was the President of. Le went on to fight for Strikeforce 8 times before being signed by the UFC.

With the recent drama between Le and the UFC, with the UFC suspending, and then un-suspending Le for what they believed was a failed drug test, this picture stirs up quite the discussion. Bellator has gained the reputation for signing former UFC fighters, and given Le and the UFC’s rocky relationship at the present time, could Le be signing with Bellator?

It is also worth noting that Le still has 2 fights left in his UFC contract.

The boys are back in town !