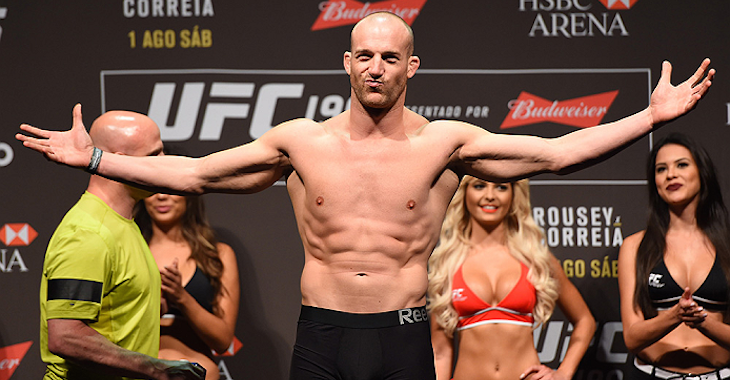 Patrick Cummins made his UFC debut on just 10 days notice against Daniel Cormier, who went on to win the UFC light heavyweight championship the next year. Cormier defeated Cummins in the 1st round by TKO, and the loss hasn’t sat well with Cummins.

Ahead of his ‘UFC Fight Night: Sao Paulo’ fight against Glover Teixeira this Saturday, Cummins revealed that he’s always rooting for UFC light heavyweight champion Daniel Cormier. If he is able to defeat Teixeira on Saturday, he hopes his name is one mentioned in title talks:

“I definitely think so. It’s a step in the right direction, climbing the ladder,” he said. “I think a win here, an impressive win, will definitely put me in that conversation. That’s what I’m hoping for, but obviously the most important thing is this fight. Get through this fight, and let everything else take care of itself.”

“I’m always cheering for him just because when it’s my turn to challenge for the belt, I want him to be on the other side so I can collect my revenge and the belt at the same time.”

Do you think Cummins would be able to defeat Cormier if the pair had a rematch?