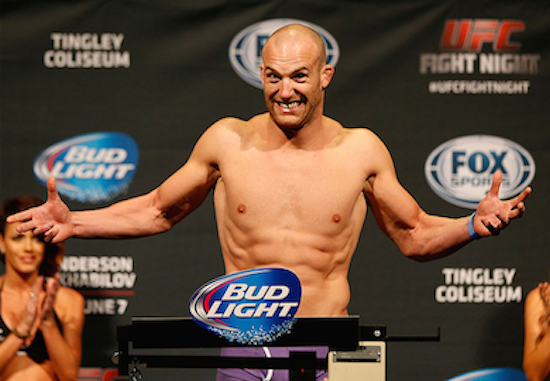 Following Patrick Cummins unanimous decision win over Antonio Carlos Junior, he spoke about what it was like fighting in Brazil, against a Brazilian, and how he overcomes the critics who think he shouldn’t be in the UFC.

Brazilian fans, being notorious for being some of the most passionate fans in the world, and chanting hate chants at non-Brazilian fighters, most recently Conor McGregor who was on the receiving end of ‘You will die’ chants.

“I kind of enjoy the haters, just like I enjoyed coming to brazil, a lot of people rooting against you, I enjoy it. So everybody out there that’s maybe not a fan, eventually you will be, but for now keep bringing the hate. It’s fine with me.”

“I actually enjoy coming into hostile territory and proving people wrong. It’s the same way as dealing with the haters, I want to come in and prove everyone wrong, and gain some fans in the process. I had a great time in Brazil, I respect the fans a lot, they’re so patriotic, they really want their fighters to win, hopefully I gained some respect from the crowd tonight.”