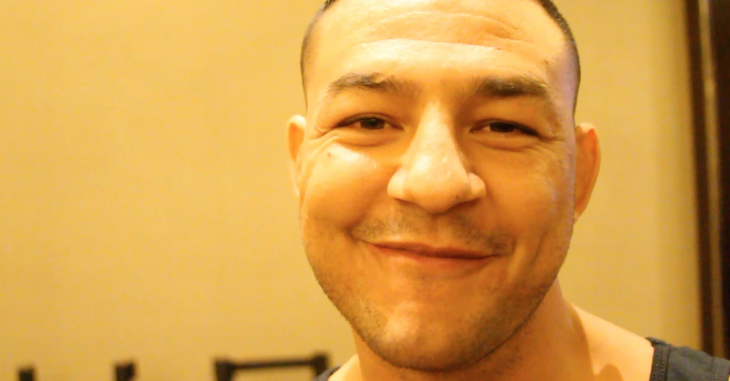 The flyweight headliner proved to be a very exciting fight, with both men advancing to dominant positions, while exchanging some solid strikes.

In the end, Smolka was able to silence the Dublin fans when he locked in a rear-naked choke on their hometown fighter Paddy Holohan, forcing him to tap out.

One UFC featherweight fighter was particularly happy with the main events result, as veteran Cub Swanson took to his Twitter account with the following tweets:

Smolka is a super nice and humble kid. I met Paddy a few times and he was cocky and rude

What do you make of Cub Swanson’s tweets? I wonder what Holohan did in the past to have Cub label him as ‘cocky’ and ‘rude’.