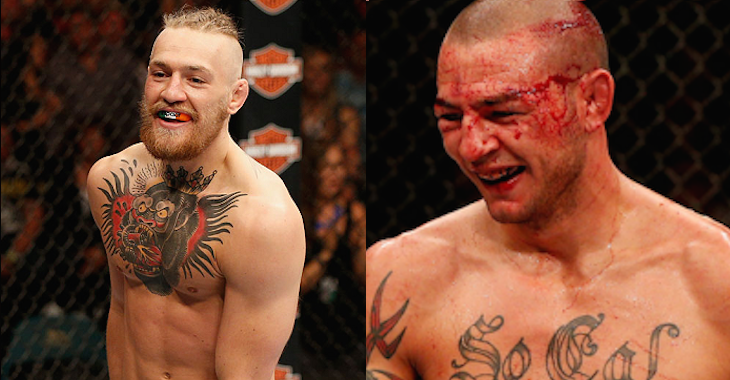 Conor McGregor has gold around his waist and a bullseye on his back. Featherweights in the UFC are chomping at the bit to be the one to hand McGregor his first loss in the octagon, and Cub Swanson thinks he’s the one that can do it.

“I still think he’s an idiot”, Swanson told Bloody Elbow. “He fought a guy that wasn’t ready, he got dominated for two rounds and he got the win. I thought he fought smart. I was actually happy that he showed a glimpse of some class. Being cool with Chad that actually made me happy.”

Swanson will likely need a couple wins to get into title contention as he is currently riding a two fight loss-streak. The division is so stacked, however, that just two or three wins could get Swanson a shot at the belt.