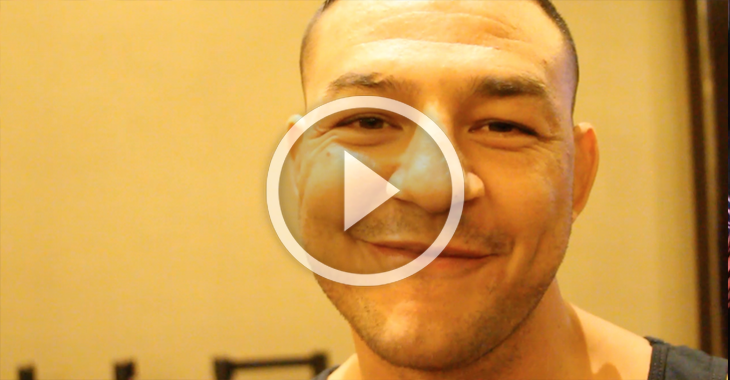 Longtime featherweight contender Cub Swanson has had a rough go as of late.

After getting his six-fight win streak dismantled by Frankie Edgar, he was put against a hungry Max Holloway, and suffered a similar fate.

“Just take a step back, enjoy life a little bit”, said Swanson. “When the UFC gives me another name down the road I just focus on that and try to be a better me, thats it.”

“[The ranking’s are] just people’s opinion… Because people are always quick to tell me, ‘now you’re this’, ‘now you’re that’, and it don’t mean anything, it doesn’t.”

“Anybody can beat anybody on any giving night, and they’re not giving title shots by the rankings anyways. It means nothing. You’re either the champ or you’re not.”

“…Talking about it does nothing for me. It’s either going to make people hate me or think I’m sour, so there’s no point talking about it.”

Watch the full interview above.