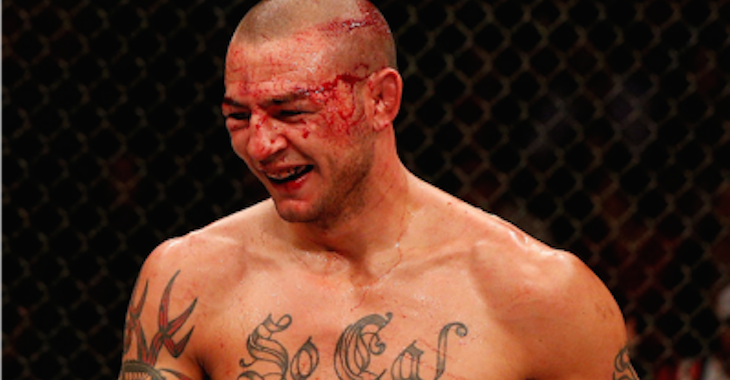 Cub Swanson is preparing for his scrap with fellow featherweight Max Holloway at UFC on FOX this Saturday.

Swanson talked to MMAJunkie about the future possibility of switching weight classes. Check out what he had to say.

“I think I’m more likely to go up to 155 (pounds) than down to 135. I still see my career going for a while, so I see opportunities for change.”

“We were jabbing at each other on Twitter a couple weeks back, and I was saying if I ever come up to 155 I’ll have to fight him again. It was a fun fight for me, and he was a game opponent. There’s always that possibility down the road.”