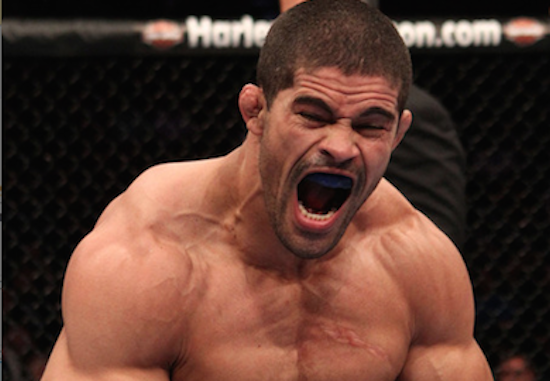 “He chose to keep it going another few seconds. You can say it’s the heat of the moment — I’ve heard that too many times from him. I don’t think it’s enough to punish him or anything. It’s real borderline. I’m pretty mad.”

Palhares took out Jon Fitch over the weekend to retain his WSOF world title.