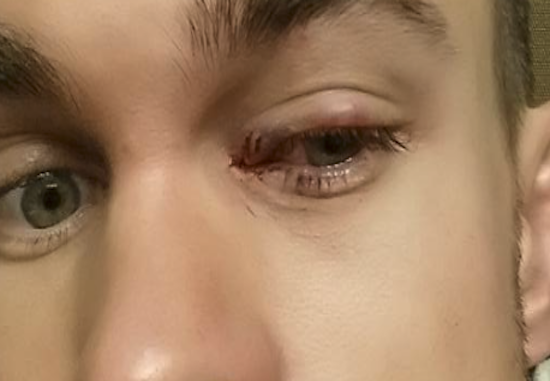 Earlier this month, Daron Cruickshank fought KJ Noons to a no-contest when he was poked in the eye twice, and unable to continue.

Upon further inspection by the UFC doctor, Cruickshank suffered an injury the UFC Doc. had only seen in “car accidents and dog attacks.”

As a result, Cruickshank’s eye will never be able to produce tears again.

Cruikshank underwent surgery to repair a torn tear duct (See that HERE), but still has permanent eye damage from the injury.

He spoke to MMAFighting about the injury, and why the rules regarding eye pokes need to be changed.

“So many guys get poked and there are no points given up. Everybody gets warnings. They need to enforce what they have. There needs to be different rules. From my instance, I won the first round and I was winning the second round. It could have went to the judges scorecards then.”

“They were both illegal blows. What if he would have kicked me in the groin twice? Is it still a no contest or is it a win? It should have been a win on my side.”