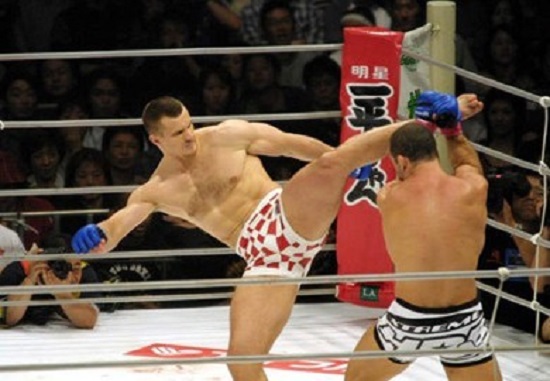 “Cro Cop” returns to the UFC after compiling a 3-1 record outside of the promotion. Mirko was last seen in the octagon at October of 2011’s UFC 137 event, where he suffered a third-round TKO loss to Roy Nelson.

Filipovic re-signed with the UFC just days after Bellator had shown interest in inking the veteran heavyweight to a deal.

Meanwhile, Gabriel “Napal” Gonzaga will be looking to end a two-fight losing skid when he rematches “Cro Cop” this April. Gonzaga was last seen in action at December’s UFC on FOX 13 event, where he suffered a first-round TKO loss to Matt Mitrione.

In addition to the headliner, UFC officials also announced that a light heavyweight bout between Jimi Manuwa and Jan Blachowicz will also take place on the card.

Who do you have winning this heavyweight rematch? Sound off Penn Nation!