By Evan Stoumbelis
After winning gold at the World Jiu-Jitsu Championship, Ronda Rousey was called out by none other than suspended Strikeforce fighter Cris Cyborg. Cyborg took to Twitter, posting an alleged photoshopped image of Gina Carano looking bloody and bruised. Following that post, Cyborg tweeted Rousey saying “You’re next Rousey: you have a d*ck, you d*ck”

Cyborg is currently serving a year-long suspension after testing positive for PED’s earlier this year.

Below is the picture of Carano that Cyborg tweeted. 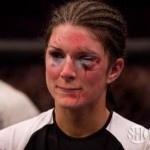 Rich Franklin talks about filling in for Belfort

Thiago Alves out of UFC 149 fight