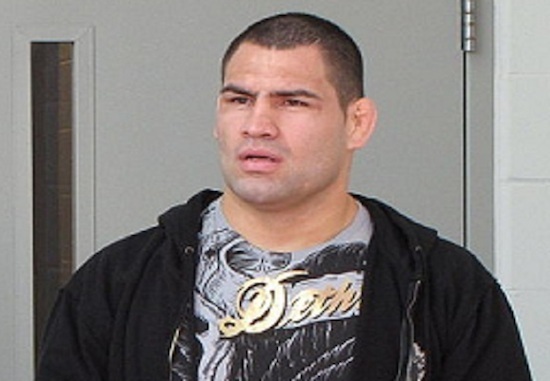 UFC heavyweight champion, Cain Velasquez has not fought since his TKO win over Junior dos Santos, in October of 2013.

And while that’s only been a year, a lot has happened in the company since the UFC’s most inactive champion stepped inside the cage.

Having only fought five-times since 2010, Velasquez will now spend the entire 2014 calendar on the shelf and out of action.

An interim title us up for grabs next month, in Mexico, to help fill that void, but we wanted to highlight some of the changes in the company since Cain’s last fight.

Check it: (partial credit to MMA.tv’s The Power Double)

– Anderson Silva has broken his leg clean in half against Weidman, undergone multiple surgeries, rehabilitated his leg, returned to training and signed to fight in January.

– Eddie Alvarez has ended his legal fued with Bellator,  beaten Michael Chandler for the promotion’s title, finally secured his release from company, and signed with the UFC where he already lost his debut to Donald Cerrone

– Walt Harris has made his UFC debut, fought and lost twice, got released, won a fight in another promotion, and now, has been re-signed by the UFC to fight in two weeks.

– Renan Barao has defended his title, lost it to Dillashaw, pulled out of the rematch because of a bad weight cut and signed to fight in December.

– Mark Hunt has given us arguably the greatest heavyweight fight of all time (against BigFoot), recovered from two broken bones in his hand, KO’d Roy Nelson and signed to fight for an interim title in three weeks (For Cain).

– Daniel Cormier has fought and won three times, dropped a division, earned a title shot, been fined for a brawl with Jon Jones and secured a permanent presenting gig with FOX.

– Longtime UFC Legend BJ Penn made his debut at featherweight, lost, and retired.

Velasquez isn’t the only champion to watch the company move on without him, he shares a similiar lay-off stint with the lightweight champ, Anthony Pettis, who hasn’t fought since even longer, August of last year.