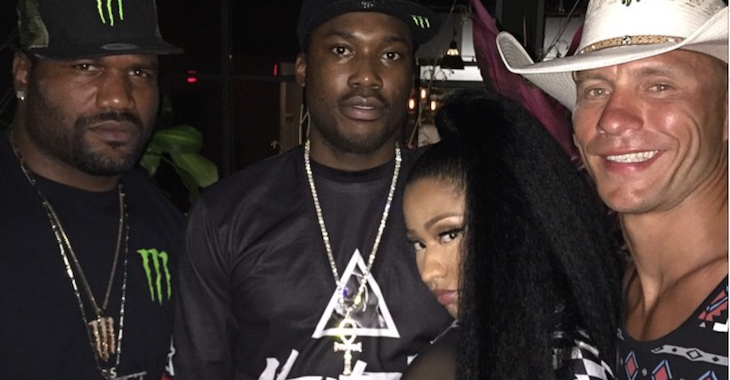 UFC fighters Donald Cerrone and Rampage Jackson were both together in Austin, TX last night. Rampage took to Instagram to show fans who else they were hanging out with.

It was none other than rappers Nicki Minaj and Meek Mill! Cerrone said he didn’t think he wanted to wait for December to get his title shot, but also said by waiting he would have plenty of down time to have FUN!  Check it out!