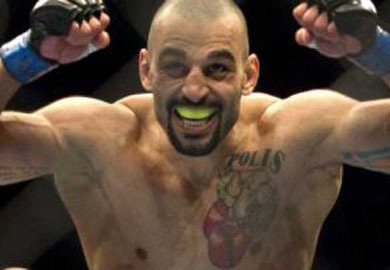 “Winning this fight, it gets me back to the top. Everybody will be talking about me again. I can knock out everybody. I’m stronger, I’m faster and my technique is better. Luke Rockhold is a huge name, very fast, good striker, well rounded fighter, always willing to exchange. It wont be an easy fight for me, but I am up to the challenge. I don’t care about the fame and the glory, I just like to fight. Yes, he wants to win and he wants to be the champion, and he can do all of these things… after my fight. After he loses to me, then he can do whatever he wants. I’m going to go in, guns blazing and we are going to see who is standing at the end.”

In an interview with Fox Sports, UFC’s Middleweight, Costa Philippou, enunciates his tenacity to come out on top against the former Strikeforce Champ, Luke Rockhold.