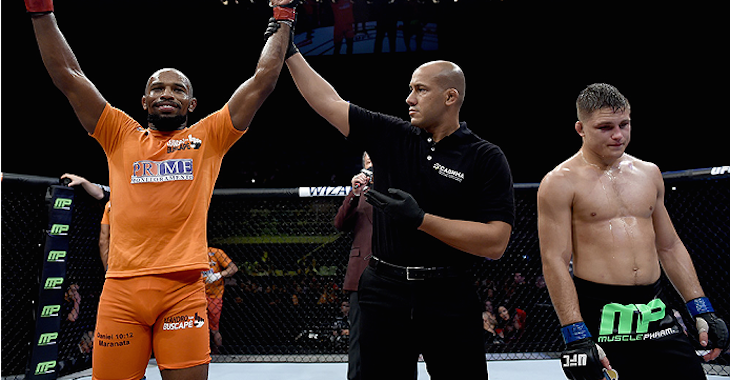 Herdy, a Brazilian Jiu Jitsu Black Belt who halted Saturday’s Drew Dober vs. Leandro Silva fight in controversial fashion, has now been linked to Silva, the man who he handed the win to during the UFC Fight Night 62 preliminary portion of the card.

If you missed it, a side-mounted Dober, who was still in an ill-attempted guillotine choke, was deemed unfit to continue for no apparent reason. The bouts stoppage left several onlookers confused, and outraged at the lack of professionalism from the referee in charge. (WATCH THE REPLAY HERE)

Adding insult to injury, a photo of the referee wearing his blackbelt has started to make the rounds, showing that two are indeed he had comprehensive knowledge of what was going on inside the cage. The man is also said to be a training partner of Silva, the man who won the contest.