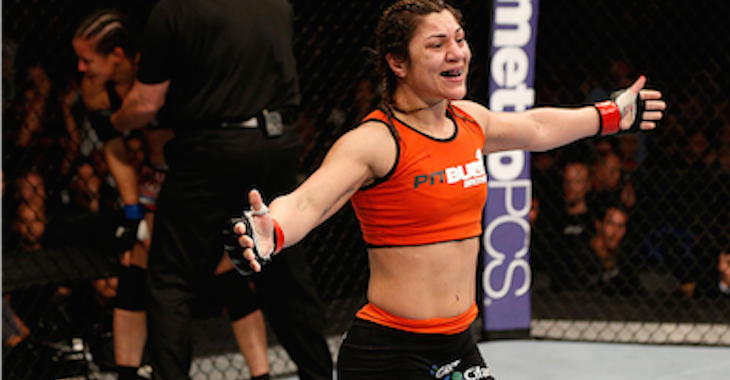 “Every athlete has weaknesses. There’s no perfect fighter. For every attack, there’s a counterattack or defense. We’ll see during the fight. I’m feeling fine about her judo. I’ve been studying it. I’m not afraid to be taken down – that is, in case I get taken down. … I’m not going to play her game. I already have a strategy in place. I’m doing my thing. I’m not going to simply defend and wait for her to make the first move.

“I do think anxiety has negatively affected her opponents. I don’t fault them. In my opinion, Ronda has faced fighters more complete than she herself is. But they messed up. I don’t fault them as much as the marketing that surrounds Ronda. I think the fans and the media portray Ronda as superior to everyone else. That affects people psychologically. Her opponents stepped into the cage feeling inferior to her. It also helps boost Ronda’s self image. I think that has helped her win too.”

UFC bantamweight and upcoming title challenger Bethe Correia recently spoke with MMAJunkie about her fight with Ronda Rousey at UFC 190 and said Ronda’s human an has weaknesses that she plans on exposing on Saturday night.