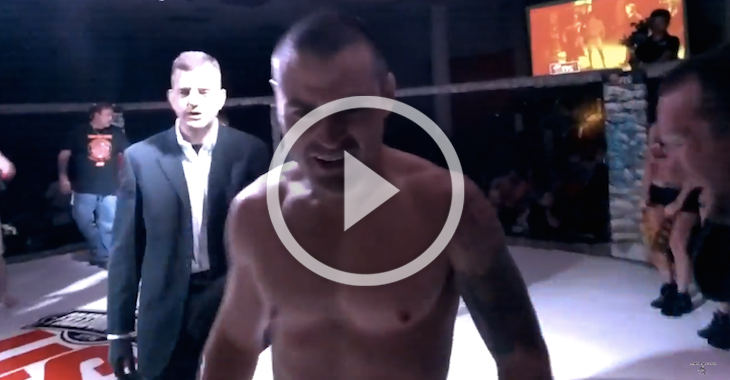 Ever wonder what it would look like to be in the corner of an MMA fighter? This corner man used Google Glass to record his teammate’s first MMA fight!

Ricky Pearson made a successful and impressive debut at Caveman Cage Wrestling Metal and Mayhem 22 this past weekend and we have a first-person view of it above. Enjoy!