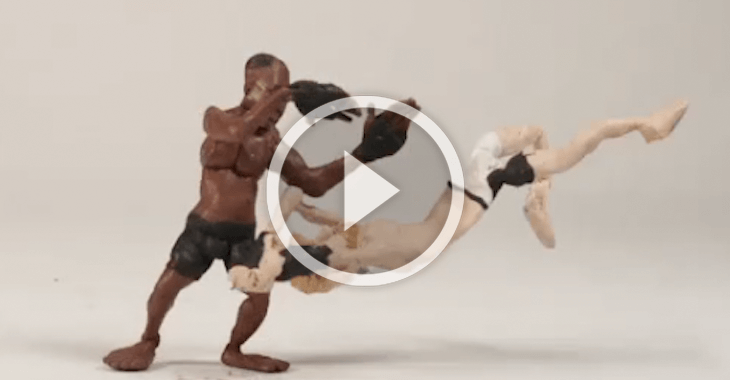 When Alexander Gustafsson was revealed as the first challenger to Daniel Cormier’s newly won UFC Light Heavyweight Championship, fans and fighters alike were left scratching their heads. Ryan “Darth” Bader was the next logical opponent for Cormier, but it turns out UFC President Dana White had a feeling Cormier and Gus’ chemistry would create an instant classic.

Cormier and Gustafsson left it all in the octagon at “UFC 192” and the viewers at home were on the edge of their seats the entire fight. If it weren’t for Rory MacDonald’s clash with Robbie Lawler earlier in the year, the light heavyweight championship fight at “UFC 192” could have gone down as one of the best title fights of the year.

Both men were bloodied, battered, and bruised when it was all said and done. Cormier would have his hand raised in victory, but it wasn’t without a price; The champion has never been beat up like that before. The epic bout was retold in a recent claymation animation you can check out below!