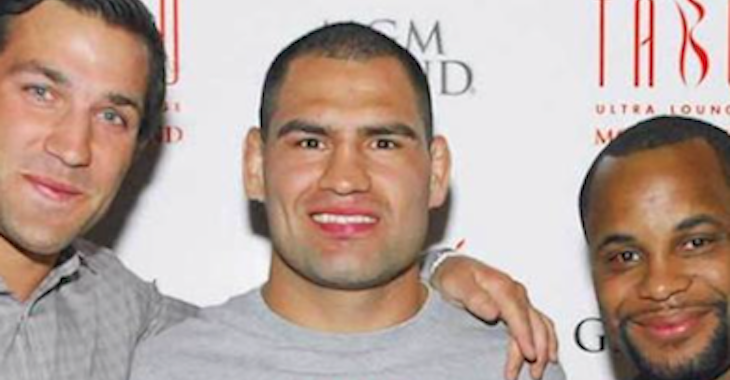 UFC light-heavyweight champion Daniel Cormier was in the corner for his teammate, Cain Velasquez’s fight. Unfortunately things didn’t do their way and Velasquez loss to Fabricio Werdum.

Heading into UFC 188, American Kickboxing Academy, or AKA, were riding high with two UFC champions and Luke Rockhold announced as the next middleweight title challenger. There was talks of three UFC champions being under one roof. Well, for the moment that scenario is on hold, but Cormier wants everyone to know that Cain will be back.

We all have ups and downs, the days always seem darkest right before there is sunshine. We will hear a lot of whispers and flat our criticism. We will continue to press forward. Sad thing is thru the negative something will get lost and that’s the fact that @werdum did a phenomenal job to become the champion. This is only the beginning for you champ. You will be back, better than ever. More fierce and more determined. I struggle to write this because I know in my heart there is not a man alive that can beat you at ur best. Let’s get back to work and reclaim what’s yours. You are at hero to many @officialcainvelasquez including me. You are always the champion. Love you brother. DC #weareaka #teamvelasquez