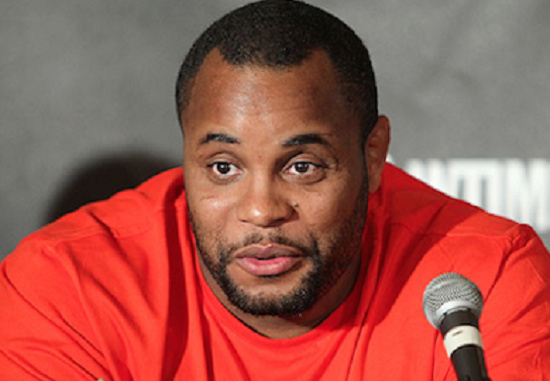 Jeremy Botter recently did a story on Cormier titled “The Olympian” in which he chronicles the 35-year-olds hard life on route to this championship opportunity.

In this must read story, the former Strikeforce Heavyweight Grand Prix winner tells Botter that he knows that this may be his last opportunity to be the best in the world:

“The one thing that Jon and I have done is that we’ve made tough guys look like they’re not so good,” he says. “So when you get in there and you have two guys who have done that at every turn, it’ll be interesting to see who can get in their and impose their will on the other. It will be interesting to see who can make the other guy fight in the places they are uncomfortable.

“I’m going to have to push harder, in ways that I haven’t had to yet. Do I think I can go in and shut him out and win every round? Yeah. One hundred percent. If I fight to the best of my abilities, I think I can win and it doesn’t have to be close. It’s still going to be hard. But when it’s done, I don’t think I have to be standing there with my heart beating a hundred miles per minute.”

“I can’t say with 100% certainty that I will beat Jon Jones. I believe I will win. But even after everything I’ve gone through, there are no guarantees in the fight business. And if I can’t beat him, I think that will be okay, because I will have given myself the best chance to win this fight. I cut no corners. I’ve taken no sick days.

“I’ve done everything you need to do in order to fight the best pound for pound fighter in the world. If it doesn’t happen, it won’t be for lack of effort.”

Do you think Daniel Cormier will be able to dethrone Jon Jones this Saturday night in Las Vegas? Sound off Penn Nation!