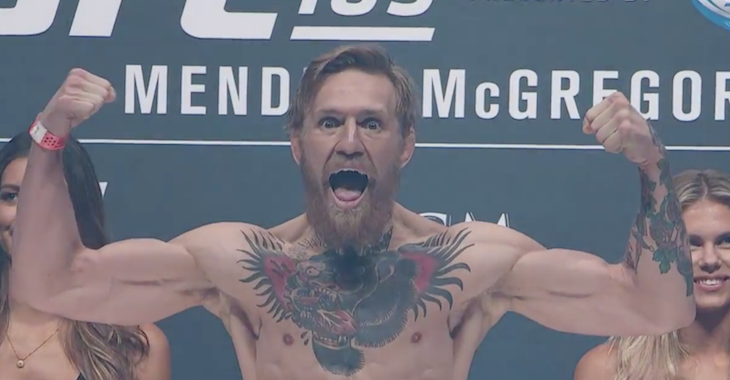 “Ronda Rousey is the biggest star in the UFC, across all platforms. She’s a movie star. Conor McGregor is the biggest MMA fighter in the world. I will say that without question, because of what he’s done, not only with his mouth but also with his skill inside the Octagon.”

That’s what UFC light heavyweight champion Daniel Cormier had to say during media day on Thursday. Do you think McGregor is the biggest MMA fighter in the world? It’s hard to argue when you see what UFC 189 has become. Even the weigh-ins felt like a concert, with the entire arena packed just to see him step on the scale.

Man, what happens if he loses?