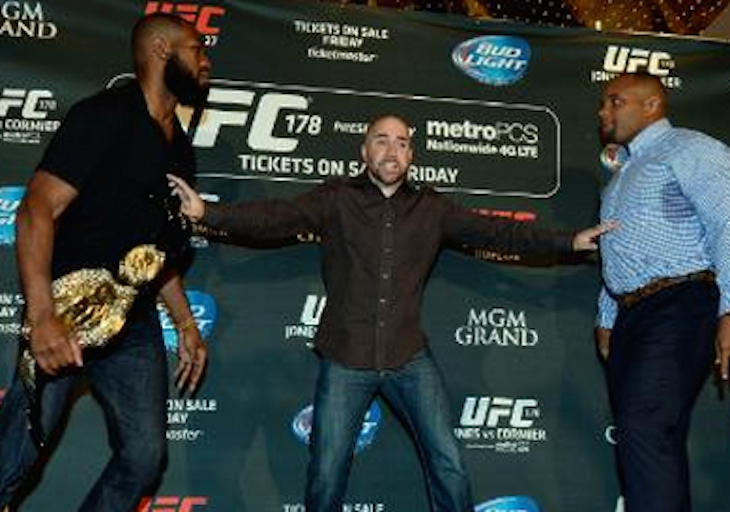 Since their now infamous brawl at the UFC Ultimate Media Day back in August, Jon Jones and Daniel Cormier have continued a back and forth verbal war, one that see the pair fight before their scheduled date in the Octagon this Saturday.

Jones spoke on America’s Pregame to discuss the possibility of the pair engaging in a heated staredown on Friday at weigh-ins.

“I don’t know what’s going to happen at the weigh-in on Friday. I’m a guy who lives in my heart, so whatever happens, happens. I’ll be ready for combat. I’ll be ready to take it any way it goes.”

To which Cormier responded:

“I think you have to (keep your emotions in check). What’s the point of fighting on Friday when we’ve got to wait 24 hours to fight on Saturday? Right now, it’s about staying the course and being professional. It will be good to see him in that state.

“As Jon says, we take it how it goes. It’s a matter of, ‘How are we going to do this?’ I would prefer to wait until Saturday, but if we had to fight on Friday, it would be OK, I guess.”