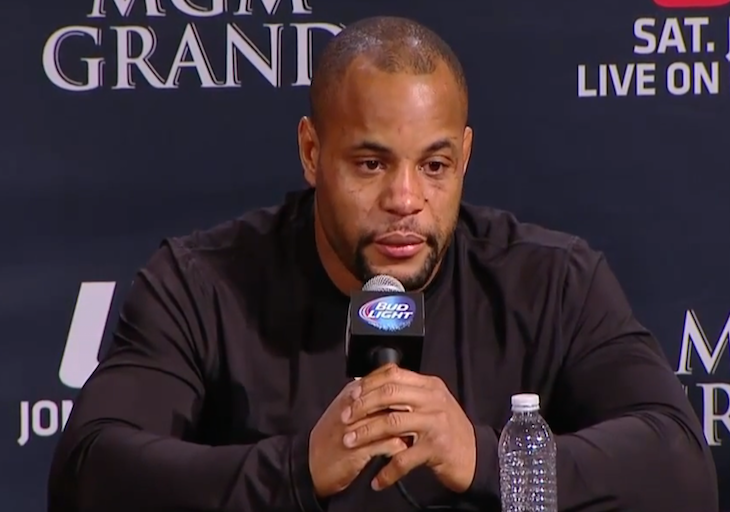 An emotional Cormier spoke about the bout:

“I worked so hard to try to become a champion at he highest level for a very long time, and it hasn’t really worked out for me. This one is tough. I truly believe I can get the job done. I thought I could get the job done. As we were fighting, it was still feeling pretty good.

“This is not going to ruin me. One way or the other, I’m going to stand across the cage from that man again. And I believe, just as I did tonight, I’ll take the fight to him again, I guess.”

At this point, as Cormier wiped tears from his eyes, media members began applauding, with Jon Jones joining in, briefly clapping for Cormier.