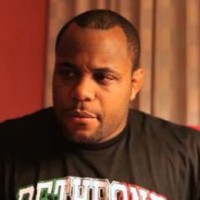 By Evan Stoumbelis
Last Saturday, Strikeforce broadcasters reported that undefeated fighter Daniel Cormier will have his final Strikeforce fight on September 29th. The promotion has yet to announce Cormier’s opponent, but after the fight, Cormier will be making the jump to the UFC regardless of the outcome. Rumors circulated that his opponent would be Josh Barnett, but this has yet to be confirmed.

Cormier won the Heavyweight Grand Prix in May, and also wrestled for Oklahoma State in college, and Team USA in the Olympics