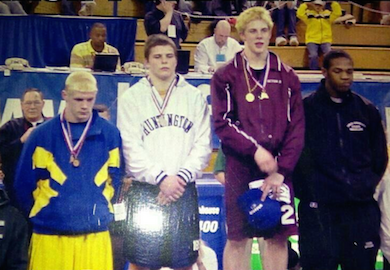 After a physical street-fight in the MGM Grand Lobby, no one should doubt the authenticity of the Jon Jones vs. Daniel Cormier Feud.

The UFC 182 duo have gone back and forth on Social Media, Television, and on-line for the past few weeks, igniting even more fuel on the already blazing fire between them.

D.C. has taken the latest blow:

Saw Jones on @jimmykimmel clowning me for 4th in the OLYMPICS. This morning I can across this little nugget 🙂 #dummy pic.twitter.com/ukWigHeYLj

Check out the Jimmy Kimmel clip he’s talking about HERE.