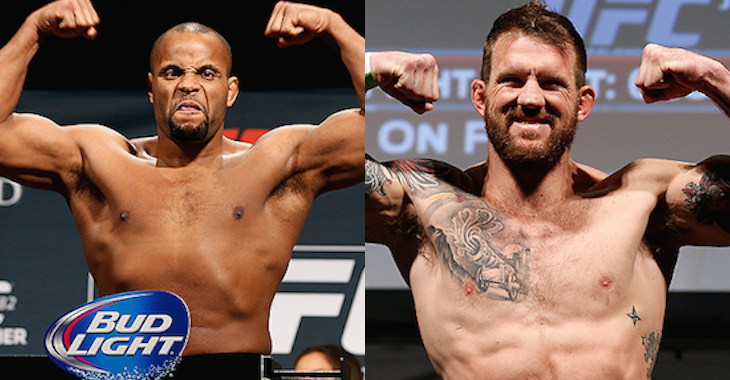 Daniel Cormier recently went off on Ryan Bader for trying to jump in line for a shot at the vacant UFC Light Heavyweight Championship after Jon Jones was forced to vacate it. Bader took the criticism to heart and claimed that Daniel Cormier hasn’t beaten anybody in the top ten.

Things started getting pretty serious on Twitter between Bader and Cormier.

.@dc_mma we were scheduled to fight twice and you got out of both, don't let the @ufc bail you out of your first title defense against me.

@ryanbader @ufc u want a title shot. I win and u can get it. Easy work bader. Shut the hell up!

Apparently you begged to get out of them also. Good luck sat. If AJ doesn't whoop your ass I will. https://t.co/9Dl9lsOJ3M

Is this a bout you would like to see after Cormier fights “Rumble” at “UFC 187” this Saturday?