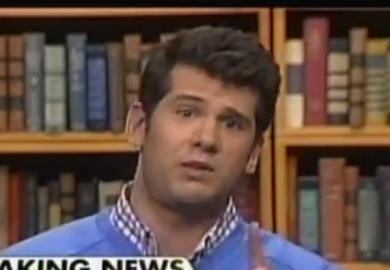 Here’s an interesting bit of news that has crossed over into our fantastic world of Mixed Martial Arts.

Steven Crowder, a contributor for FOX News appeared at a right-to-work rally in Michigan. While on the scene pro-union protesters assaulted Crowder with punches in bunches, forcing the reporter to retreat to safety.

Within hours of returning from the rally Crowder went on the air with Fox’s “Hannity” show to explain what had happened and issue a challenge to his attackers. That challenge was simple, go to jail or fight him in a sanctioned, legal MMA fight.

Here are the video clips from the story: