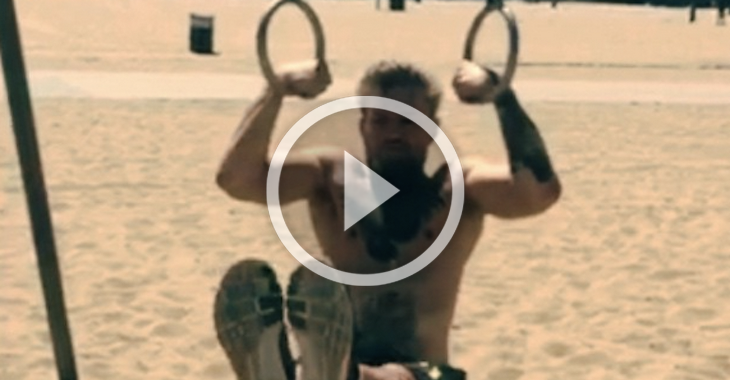 Don’t get fooled by all the trash talk; Conor McGregor is taking his upcoming championship bout with Jose Aldo dead serious. Watch McGregor bust out a sweat on the beach in the videos below!

McGregor is getting ready to step into the octagon for the biggest fight of his career with Jose Aldo at UFC 189. As previously mentioned, McGregor has been trash talking in his media rounds as of late and there is very little mention of Jose Aldo. Do you think the challenger is too distracted making a name for himself or do you think he can balance everything and walk out of the octagon as the UFC champion?

Relaxing at the beach.