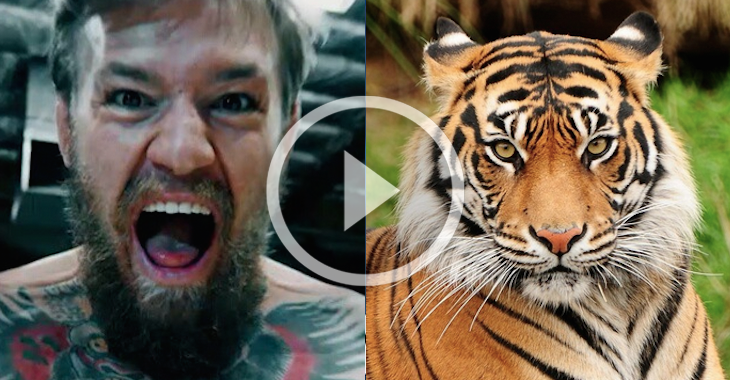 Part of why Conor McGregor has become the star he is today is because you never really know what he is going to do next. Whether it be in an octagon or in front of the camera, his unpredictability is what makes him a must-see fighter. While in a recent interview with CNN, though, McGregor came out of left field and admitted he is in the market for a pet tiger.

“I think a tiger. I’d like a nice tiger, a good-colored tiger,” McGregor told CNN. When the interviewer asked McGregor if it was going to be a tiger like Mike Tyson’s, he responded, “Like Mike Tyson. Mike Tyson had a white one,” McGregor said. “I would like an orange-and-black one.”