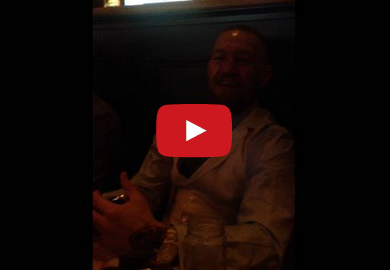 Following his dominant win over Dustin Poirier at UFC 178, Conor McGregor went out to celebrate with friends, teammates and family.

McGregor was shown a photo of his longtime coach John Kavanagh wearing one of his custom suits.

The following video is McGregor’s reaction to being shown the picture.