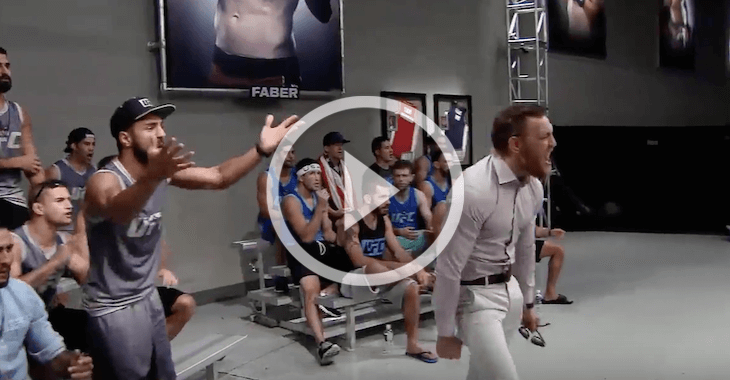 On Wednesday night’s episode of The Ultimate Fighter we finally got to to see coach Conor McGregor really fall into that role, working with his team during evening practices, helping them game-plan and giving them advice.

He took it a step further during the fight, going completely nuts when his fighter wouldn’t do what he told him to do. McGregor watched as his fighter kept dropping down for a takedown, failing, then pulling guard. Conor was going crazy over on the sidelines, throwing his sunglasses at the cage and cursing up a storm.

At one point he yelled and told his fighter not to go to his back like a b*tch.

Yeah, it got pretty bad.