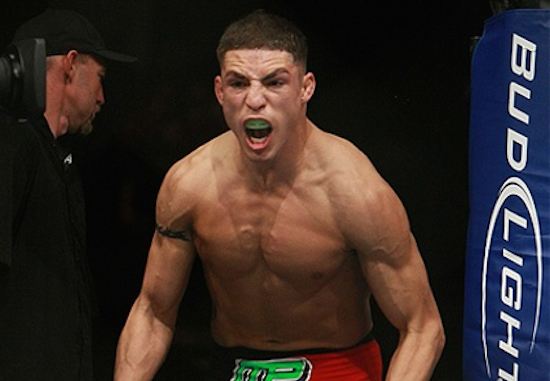 “I’ve really given it some considerable thought of dropping to 145 just to fight him. That’s how much I would love to fight this guy, five rounds. I’ll fight him Ireland. I’ll fight him in freakin’ anywhere. I’ll fight him in Mexico, maybe on that next Mexico card. I don’t care. He says he wants to do it, but that’s just talk. He don’t want to do it. I’m telling you, he knows the cards he’s pulling. He threw that card out there just to get people riled up and get people excited on something. He knew the UFC wasn’t going to let him. He don’t want that fight.”

In a recent interview with The MMA Hour, longtime UFC staple, Diego Sanchez discussed the rise of Conor McGregor, and what a fight between the two would yield.