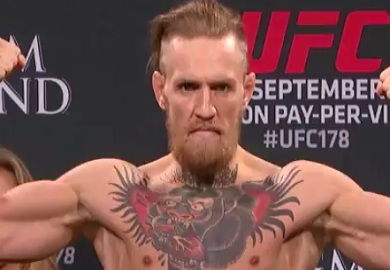 Conor McGregor is looking for a fight, so if you stand in his way, he’ll likely blast you.

Such is the case with top UFC featherweight, Dennis Siver.

Someone grab that World Cup quick. @DennisSiver we whooped you pussies on home soil. Like Id whoop you on any soil you little German midget.